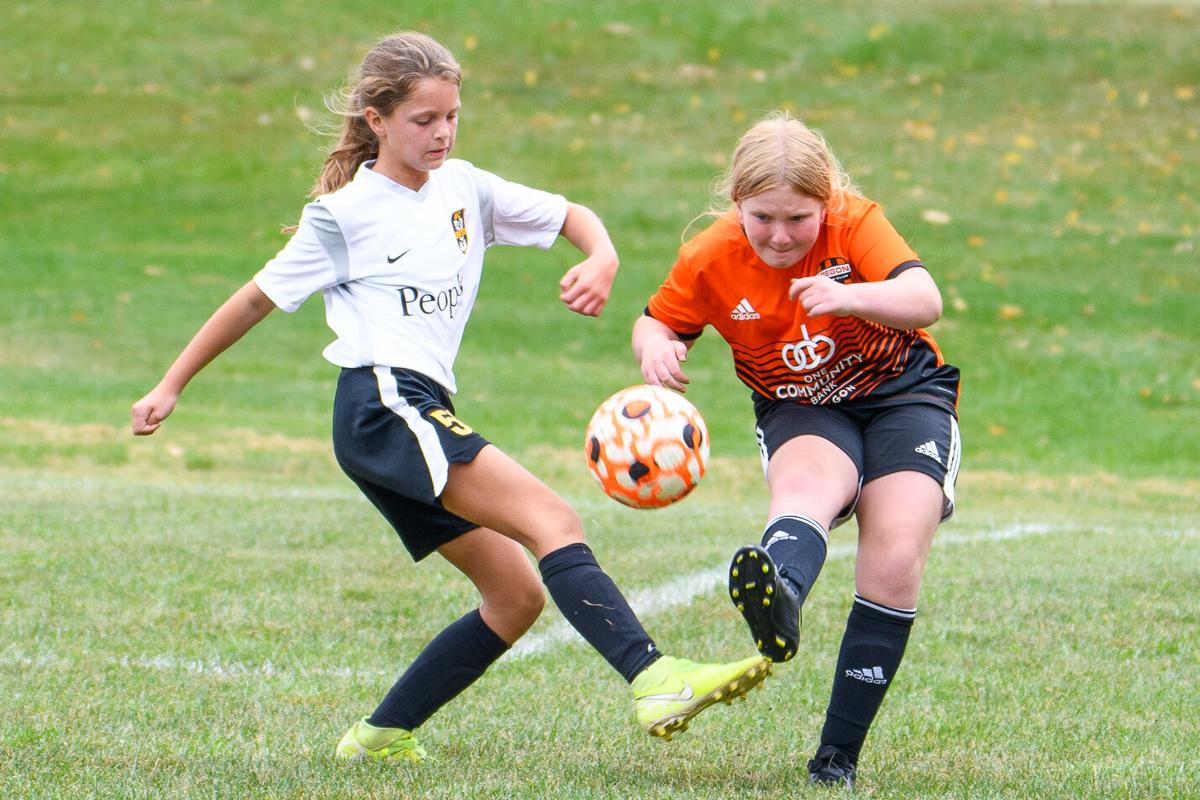 Lily Beehn, right, makes an aggressive defensive play in the first half of the Fall Fury U11 Girls game between the Oregon 2011 Orange and the MC Hammers. 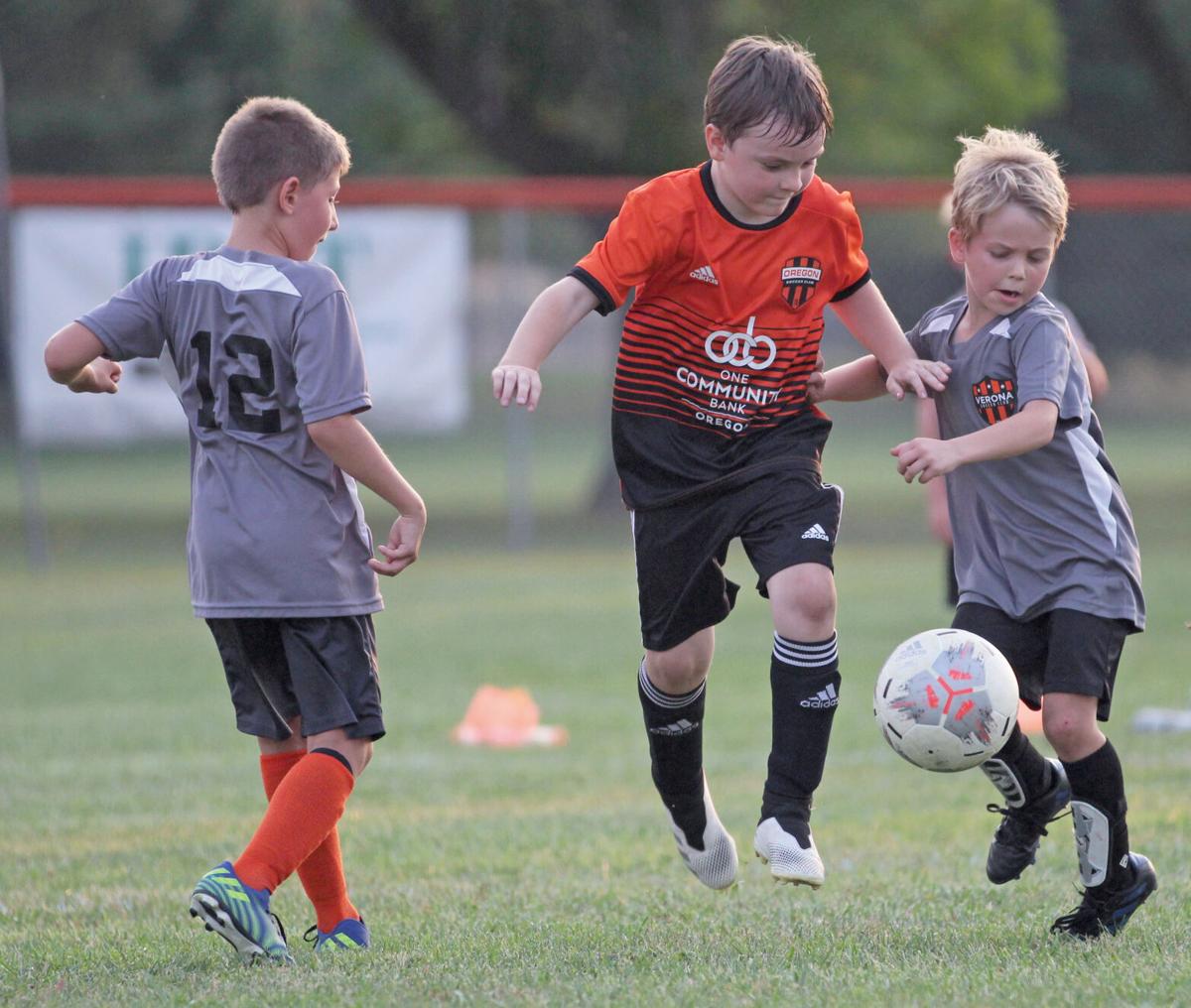 Oregon's Enzo Schmidt splits a pair of defenders during a 9U Fall Fury boys soccer game against Verona on Friday, Oct. 1, at Jaycee Park in Oregon. 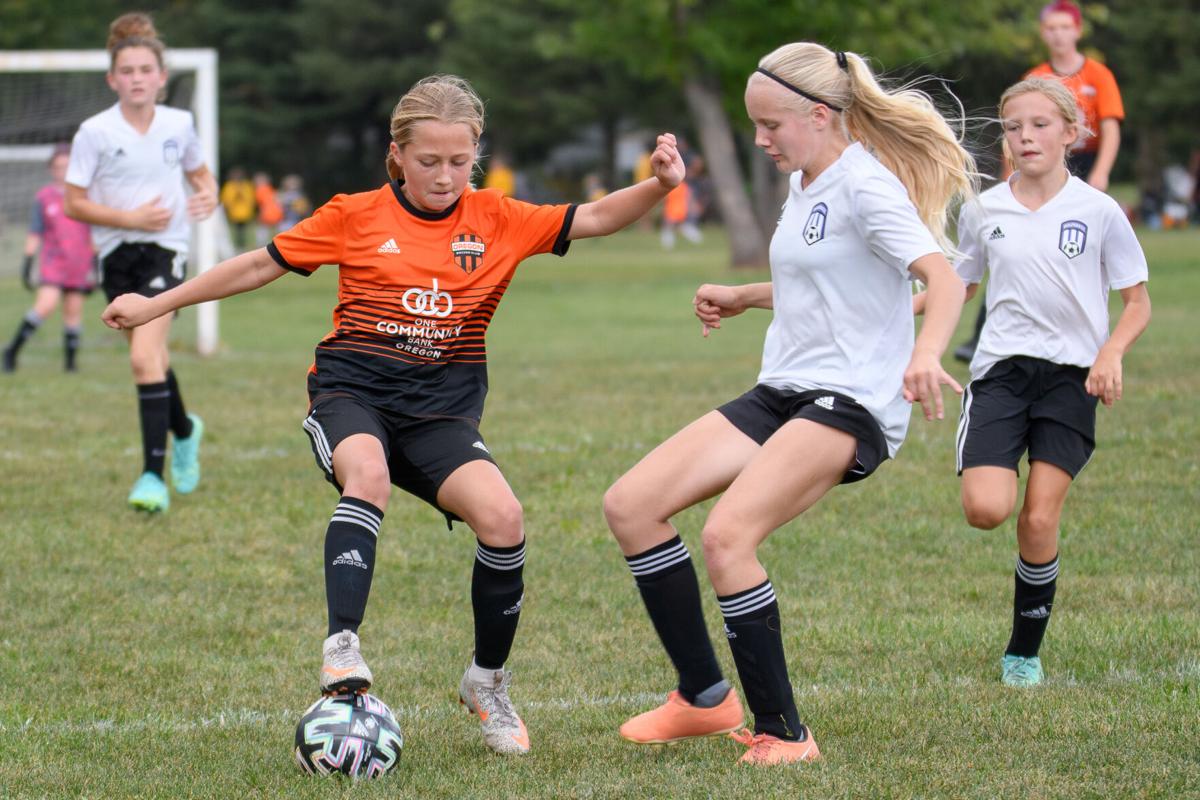 Kylie Jones, left, looks to keep the ball away from an opponent during the Fall Fury girls U12 game against the WASC on Sunday, Oct. 3, at Jaycee Park. 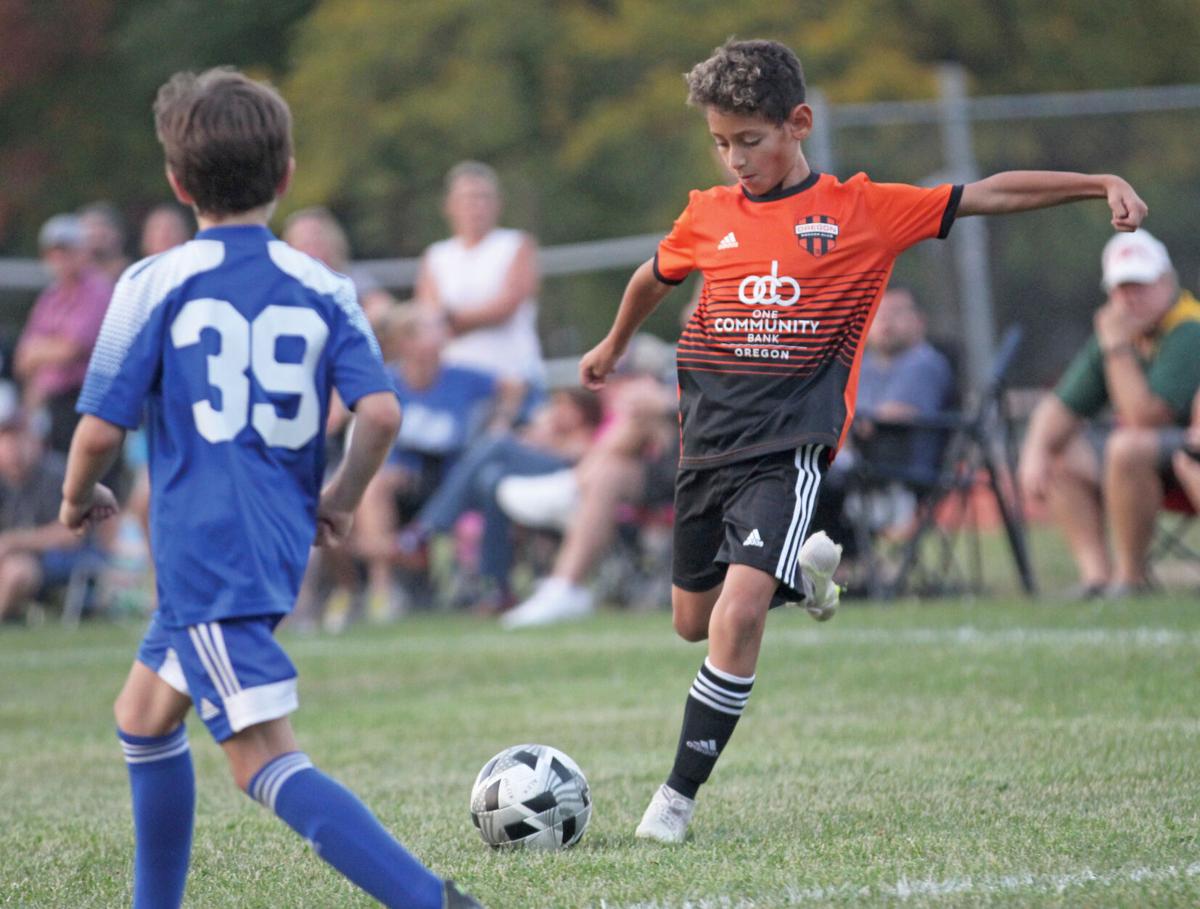 Oregon's Alex Folcik gets ready for a kick during a 11U Fall Fury boys soccer game against McFarland on Friday, Oct. 1, at Jaycee Park in Oregon.

The Fall Fury tournament is the Oregon Soccer Club’s largest annual fundraiser. Funds raised during the tournament help the club keep registration fees down, offsets costs in maintaining the fields and funds scholarships for children to play soccer whose families have a financial need.

In the 12U Boys Orange division, 2010 Oregon Orange went 3-0. The team scored 11 goals and surrendered two. In the first game Oct. 2, Oregon beat Winona Euro FC Corinthians of Winona, Minnesota, 3-1. The team then slipped by MCU U12 Eagles 2-1. The 2010 Oregon Orange team then rolled to a 6-0 win over WASC U12 in the championship.