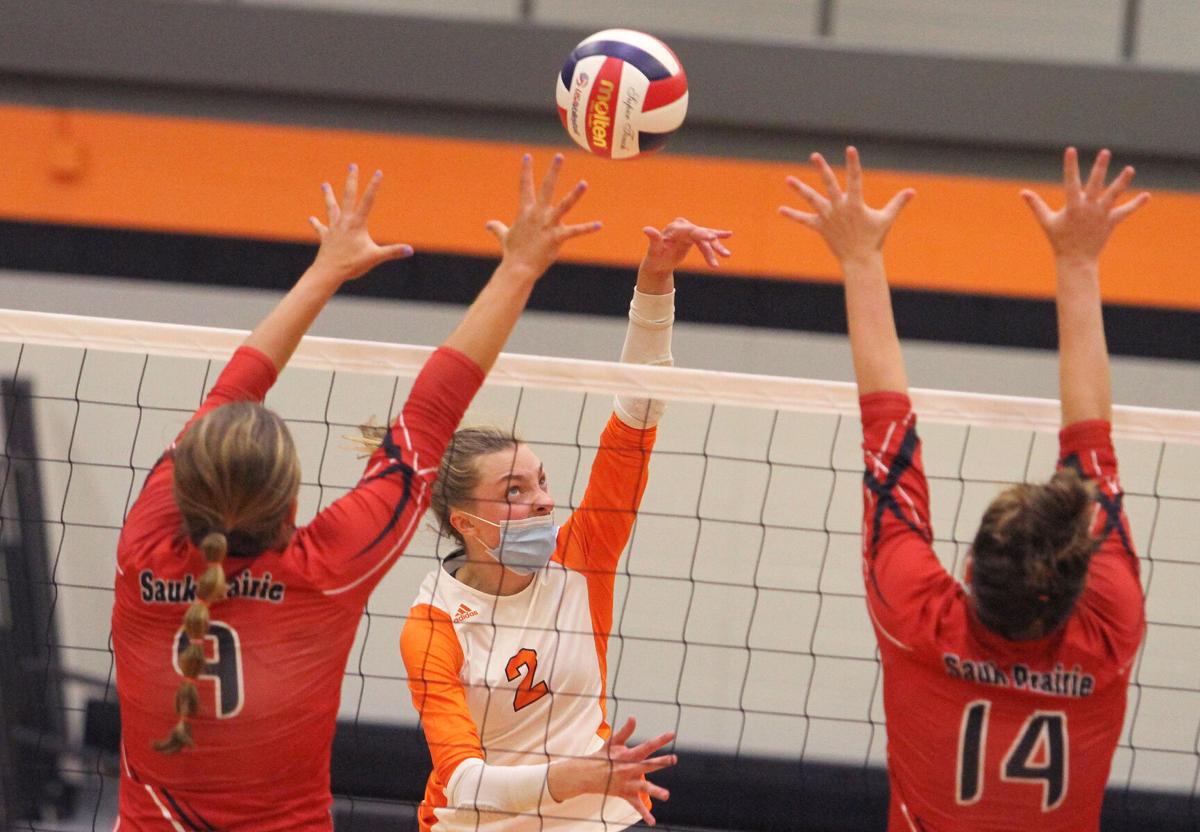 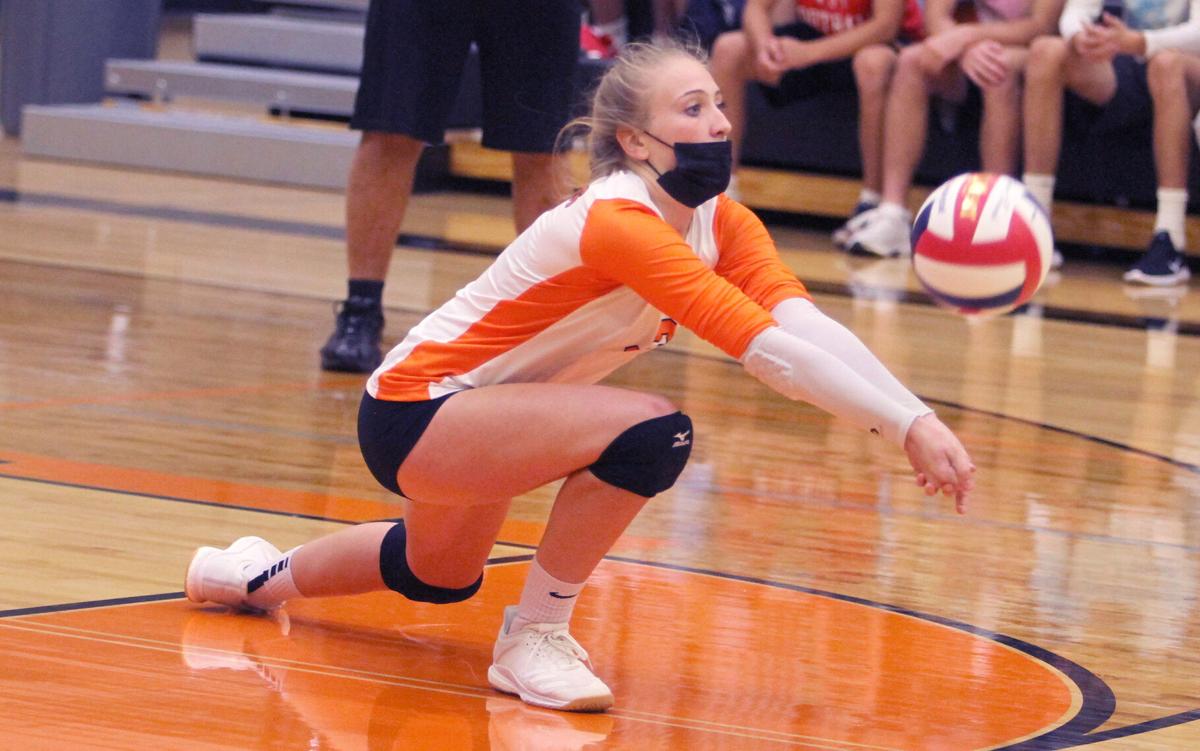 Oregon's Ava Gerlach Schwarz digs a ball in a match against Sauk Prairie on Thursday, Sept. 2, at Oregon High School. The Eagles defeated the Panthers in three sets.

Oregon's Ava Gerlach Schwarz digs a ball in a match against Sauk Prairie on Thursday, Sept. 2, at Oregon High School. The Eagles defeated the Panthers in three sets.

Oregon volleyball coach Jenn Grulke can use the first Badger West Conference match against Sauk Prairie as a measuring stick.

“I think it was a lot of nerves with the first conference match, the first home match and Parents’ Night,” Grulke said of the first set. “There was a lot going on.”

The Eagles jumped out to a 12-2 lead in the first set and rolled from there to there to the victory.

“They (Sauk Prairie) came out with great serving and a bigger block than we were anticipating,” Grulke said. “I thought they responded really well and came out with a different mentality in the second and the third sets.”

Sauk Prairie raced out to a 10-4 lead in the second set, but the Panthers battled back. Oregon forced a sideout and 12 delivered an ace to cut the Eagles’ lead to 10-6.

Grulke said the biggest difference in the second and third sets is that Oregon cleaned up its passing so they could generate more of an offensive attack.

Later in the second set, Oregon junior outside hitter Coco Barnett had a kill that sliced Sauk Prairie’s lead to 15-13. Fueled by two aces by Sauk Prairie’s Shadewald, the Eagles won nine of the next 12 points to build a 24-16 lead they wouldn’t relinquish.

“I was super proud of how much we improved on our defense and just taking more swings,” Barnett said. “From the first set to the last set it was like a completely different team.”

Barnett said the team got out its jitters and started playing to their level in the final two sets.

Oregon got off to a strong start in the third set. Oregon’s 4 had two kills early in the final set to help the Panthers take an 8-6 lead. The Eagles were then called for a net violation and Oregon took a three-point lead.

The Eagles bounced back to tie it at 14 on Jenna Pistono’s ace. Pistono had four straight service points and two aces to help Sauk Prairie take a 17-14 lead. Moments later, the Eagles regained the momentum when Schlimgen delivered an ace on a jump serve to give Sauk a 21-17 lead.

Grulke said the setters are doing a good job of spreading out the offense so they are not going to the same hitter.

She said the Panthers can build on the ability to hit seams while serving.

“I’m really proud of the way they are playing right now,” Grulke said. “We are definitely showing a lot of resiliency.”