Oregon’s Claudia Schwartz swims at the Division 1 Beloit Memorial Sectional on Saturday, Nov. 9, 2019. Schwartz has been a standout swimmer as a senior this season for the Panthers. 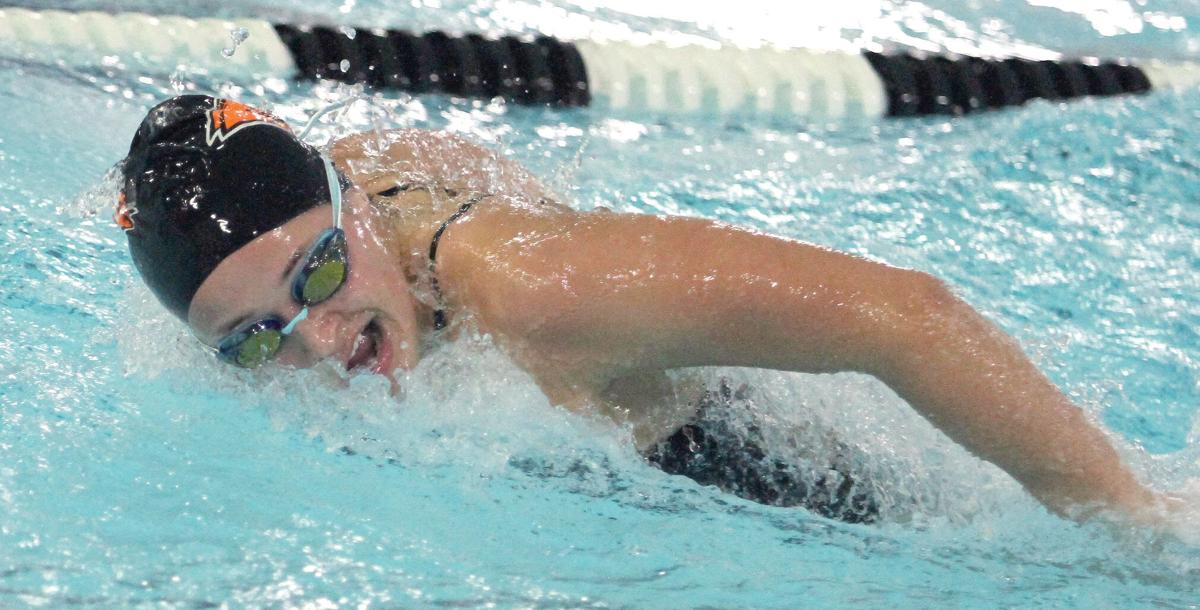 Oregon's Claudia Schwartz swims the 100-meter butterfly during the 2019 season.

Oregon’s Claudia Schwartz swims at the Division 1 Beloit Memorial Sectional on Saturday, Nov. 9, 2019. Schwartz has been a standout swimmer as a senior this season for the Panthers.

Oregon's Claudia Schwartz swims the 100-meter butterfly during the 2019 season.

Claudia Schwartz knows what it feels like to set a school record.

The Oregon senior swimmer would love nothing more than to experience those emotions a few more times.

Schwartz owned Oregon’s program record in the 100-yard butterfly until Zoe Rule broke it last year. This season Schwartz was just 0.06 seconds from setting a school record in the 100 backstroke during the 400 medley relay at the Stoughton Relays.

Schwartz said. “I would love to finally see ‘C. Schwartz’ on the board that I swim in front of every day.”

If Schwartz was able to get her name on the record board, it would be in large part to her dedication to the sport. For the past eight years, Schwartz has been swimming with no season breaks.

Schwartz opted to compete in club swimming last year, but decided to come back to the high school team for her senior season.

“Getting the butterfly record is our top goal for Claudia,” Oregon head coach Justin Sawran said. “However, she has been pushed by freshman teammate Katie Dunn who is also vying for that record. She also wants to add the 100 backstroke record and as many others as we can grab in these final few meets. I think multiple records are likely to have Claudia’s name on them soon.”

Sawran said Schwartz and Dunn have trained together in the past with the Oregon Community Swim Club.

“All of our seniors have done a really good job of fostering a team-oriented environment this season,” Sawran said. “They do a lot together socially outside of the pool. That’s the best part of coaching, watching the athletes develop not just physically but emotionally and socially as well. The bonds they’re making will be more important later on than their successes or failures in the pool. It was really special to see the emotions running at our senior meet two weeks ago. The seniors were sad about being near the end of this experience and the underclassmen were sad to be losing their senior counterparts.”

Schwartz credited some of her success this season to Sawran, who is a first-year head coach.

“I am so glad to have Justin, our head coach, take over this year and get the girls into the positions and speed they are now,” Schwartz said. “I also credit my success to my hard working teammates that have pushed me and supported me all the way through.”

Schwartz said she swims just about everyday. Sawran believes Schwartz’s offseason work is a big factor in her success.

“She is firstly just plain passionate about swimming,” Sawran said. “She wants to get stronger and faster, and that drives her. She also has had a strong training program with her club team and supplements that with some of her own strength training. I can’t take much credit having only worked with her for a couple months, but I hope these next couple weeks show that we did the right things to build upon her talent and prior training”

The Panthers qualified their 200 freestyle and 200 medley relays for state last year. Oregon returns half of its 200 free relay team — senior Brooke White and junior Noelle Marsh that took 16th at state last spring in the alternate fall season. The only swimmer back that swam on the medley relay at state is Marsh.

Schwartz and Oregon will swim at a WIAA Division 1 sectional on Saturday, Nov. 6, at Milton High School.

“State is the goal this season,” Schwartz said. “Best times are mainly the goal too. I want to be able to see me and at least a couple other teammates go to state this year, maybe even some relay records could be broken. It’s all coming to an end and we’re going out with a bang.”