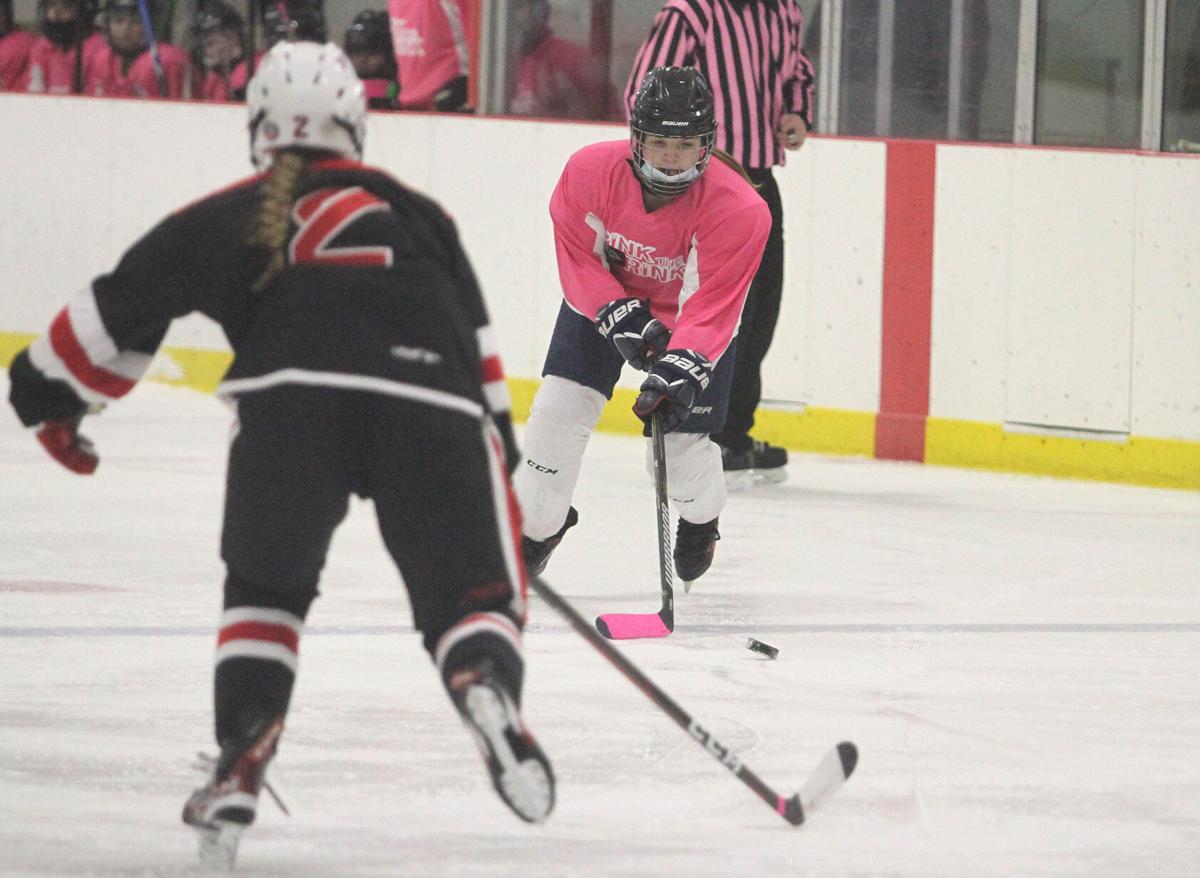 Icebergs defenseman Jenna Klonsinski takes a shot on goal in a 4-1 loss to the Madison Metro Lynx on Saturday, Jan. 8, at the Mandt Community Center. 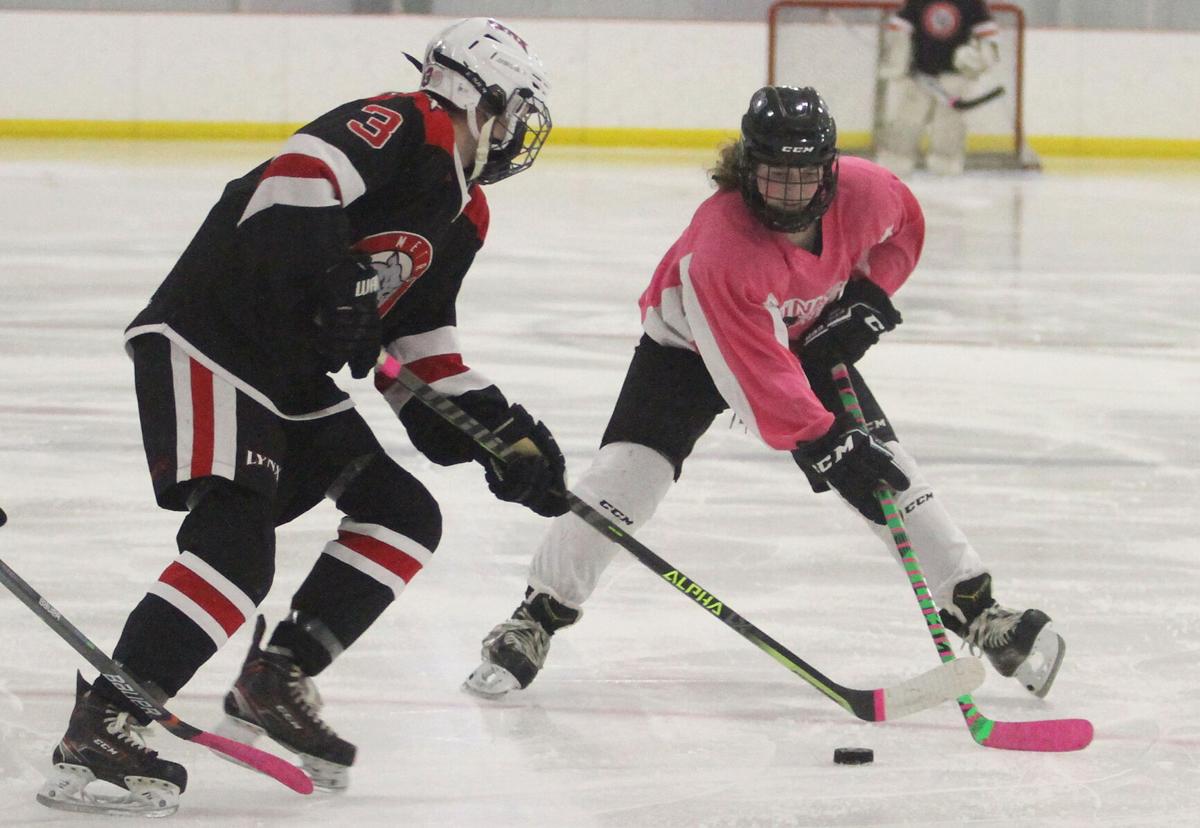 Stoughton's Morgan Rhyner takes a shot on goal against Madison Metro Lynx senior forward Hannah Kasdorf in the Icebergs' 4-1 loss to the Metro Lynx on Saturday, Jan. 8, at the Mandt Community Center. 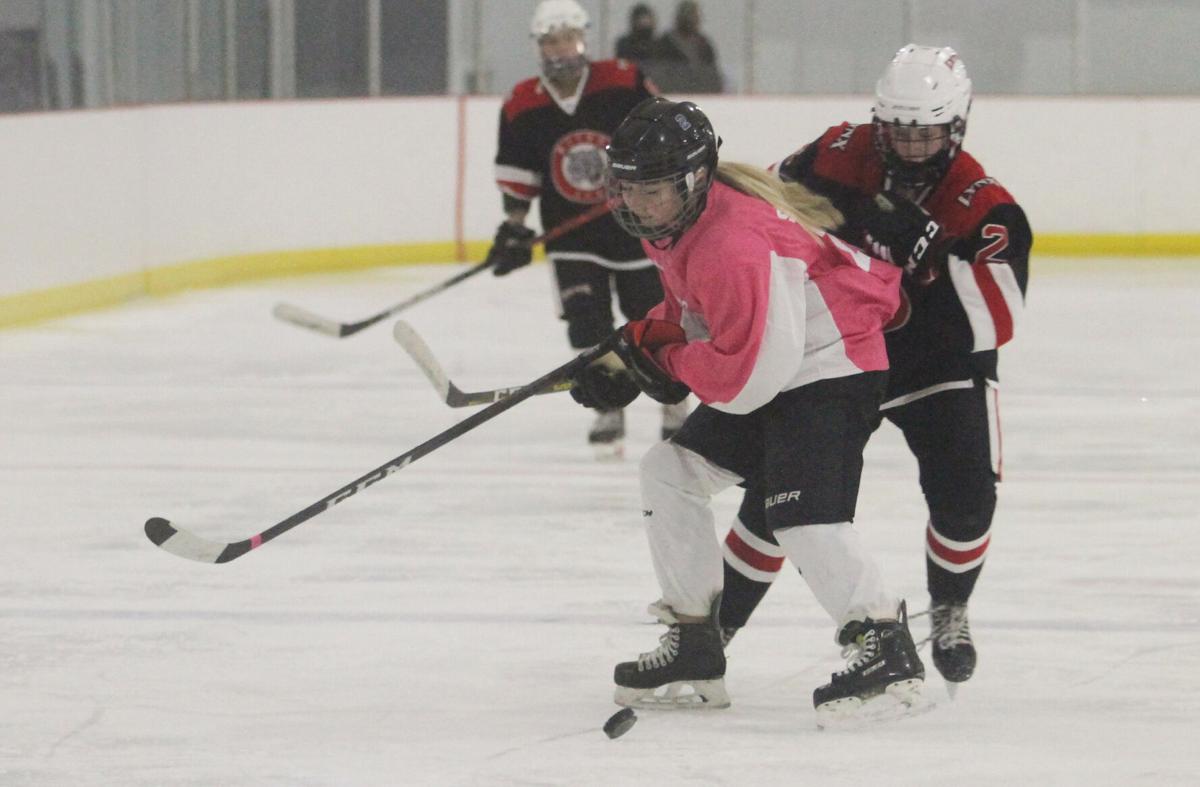 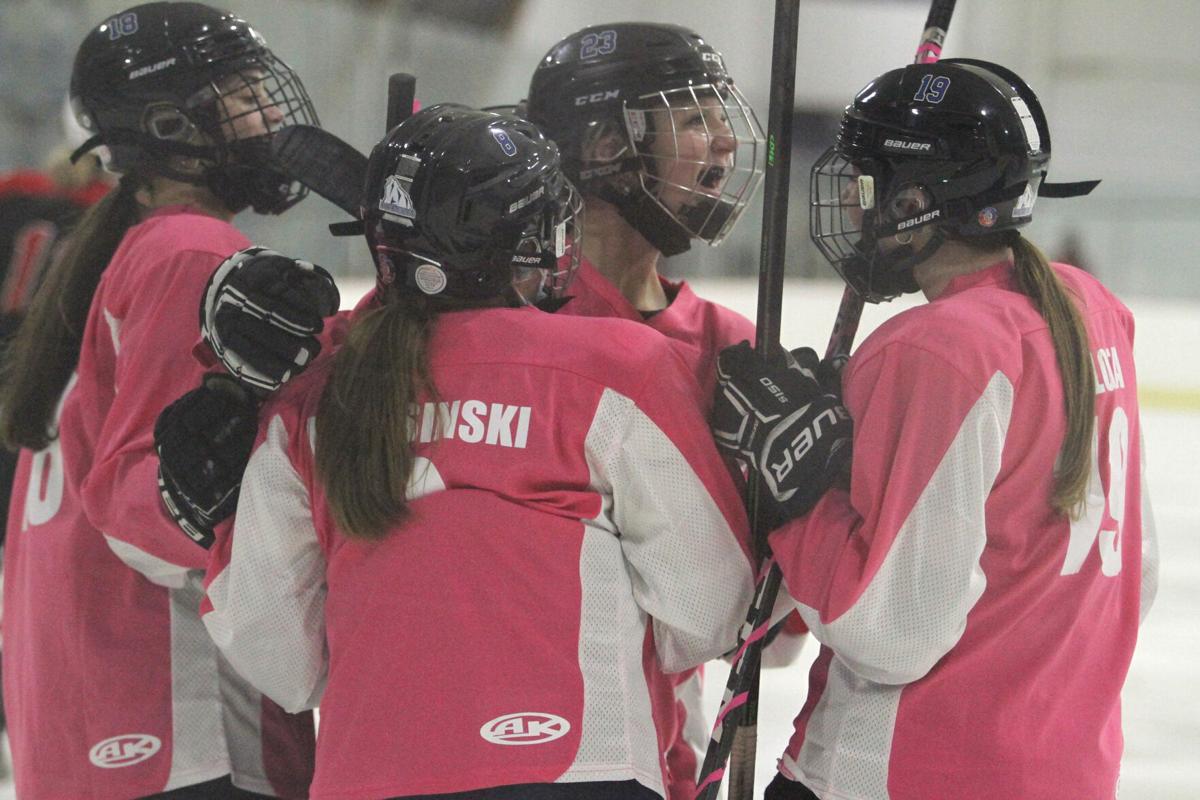 Icebergs defenseman Jenna Klonsinski takes a shot on goal in a 4-1 loss to the Madison Metro Lynx on Saturday, Jan. 8, at the Mandt Community Center.

Stoughton's Morgan Rhyner takes a shot on goal against Madison Metro Lynx senior forward Hannah Kasdorf in the Icebergs' 4-1 loss to the Metro Lynx on Saturday, Jan. 8, at the Mandt Community Center.

The Stoughton girls hockey co-op in a showdown with fifth-ranked Madison Metro Lynx took the Badger Conference leaders in a tight game into the third period.

The Metro Lynx (12-1, 5-0 Badger Conference) scored two goals in the third period to beat the Icebergs 4-1 on Saturday, Jan. 8, at the Mandt Community Center.

It was the Icebergs’ “Pink the Rink” night where they raised money through ticket sales, raffle baskets and chuck-a-ducks for the University of Wisconsin Carbone Cancer Center.

“It’s a game we will be able to build off,” Icebergs coach Jake Bonsett-Veal said. “I don’t look where the rankings are at or where they are at. What we have instilled in these girls is only they can control how they play and the outcome. We give them the tools to succeed. It’s their job to go out and execute.”

The Icebergs (6-5, 4-3 Badger Conference) were coming off a 2-1 loss to Cap City on Tuesday, Jan. 4, at the Mandt Community Center. The Stoughton co-op was scheduled to play at Viroqua on Tuesday, Jan. 11.

It only took nine seconds later for Madison’s Rachel Jasinski to score an equalizer on an assist by Emma Stebbeds.

The Metro Lynx led 2-1 after two periods. The Lynx scored two goals in the third period to seal the victory.

“We knew that this game would not be like the first game at the beginning of the season when we met,” Metro Lynx coach Kathryn Anderson said. “Lines were definitely mixed up. They are such a strong team that it doesn’t matter. This team loves to answer back and they did that very well.”

Byce scored her first goal at the 5:20 mark of the second period after the puck bounced off her knee and she controlled it before firing it in the back of the net to give the Lynx a 2-1 lead.

“I’m very happy with how they played,” Bonsett-Veal said. “It became a very physical game. That’s just something we have to adjust to. The Lynx are a very good and fast team. We just got gassed toward the end.”

Sophomore defenseman Rowan Severson (Mount Horeb) scored on an assist by junior defenseman Grace Bonnell at 9:47 in the third period to extend the lead to 3-1. Byce scored the final goal on a power play on a pass by Stebbeds at 14:22.

Bonsett-Veal said the Lynx are always a team that excels at developing their players.

“She did everything we truly asked her to do,” Bonnsett-Veal said. “Right from the get-go we told her it was going to be a tough and grueling game.”

Stoughton forward Addy Milota scored a goal in the second period, but the Icebergs girls hockey co-op couldn’t hang on and lost a nail-biter to Cap City Jan. 4, at the Mandt Community Center.

The Cougars rallied with two goals in the third period to beat the Icebergs. The Icebergs outshot the Cougars 27-26.

Milota scored on assists from Avery Gerothanas and Arianna Stroede at 9:14 in the second period. Cap City tied the game on Brooke Ayres’ goal at 1:37 in the third period. Cap City’s Kaitlyn Nelson scored the game-winning goal about a minute later.

The Cougars had three penalties and the Icebergs finished 0-for-3 on the power play. Icebergs goaltender Aven Gruner had 24 saves.