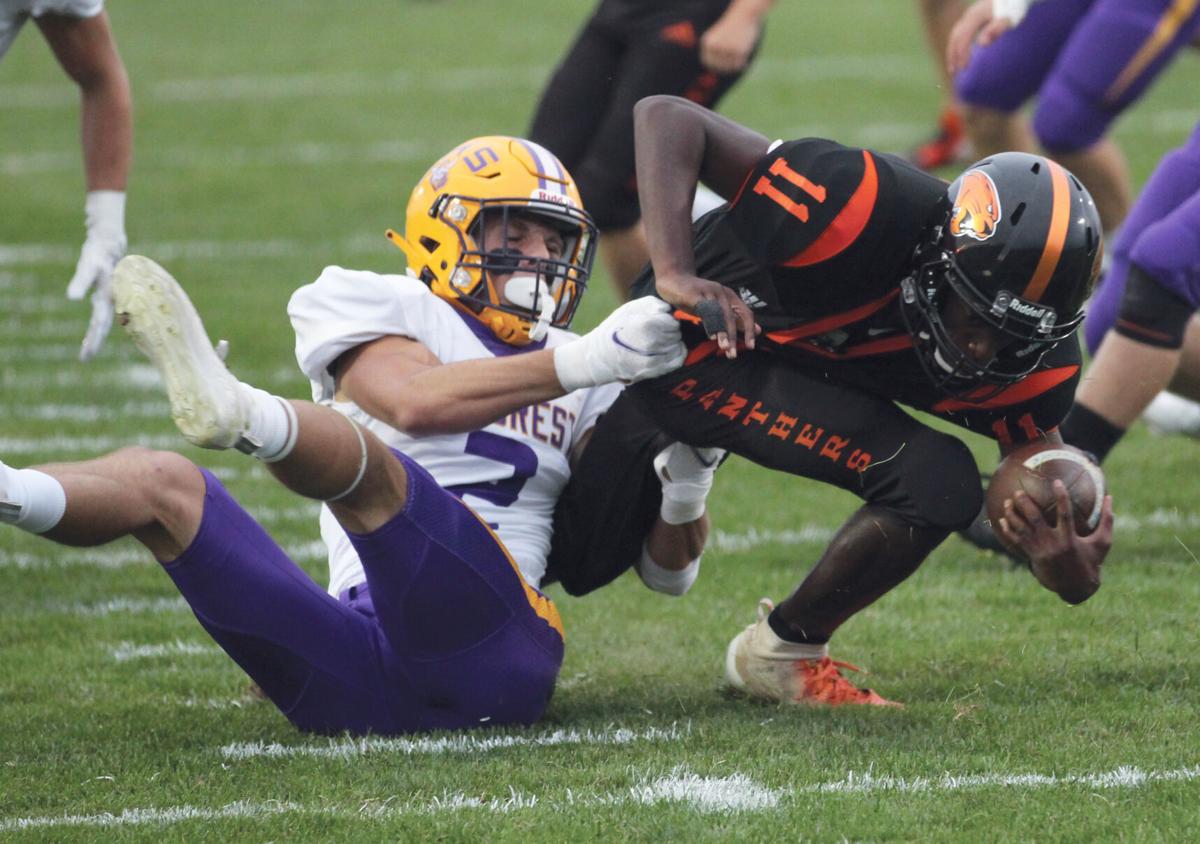 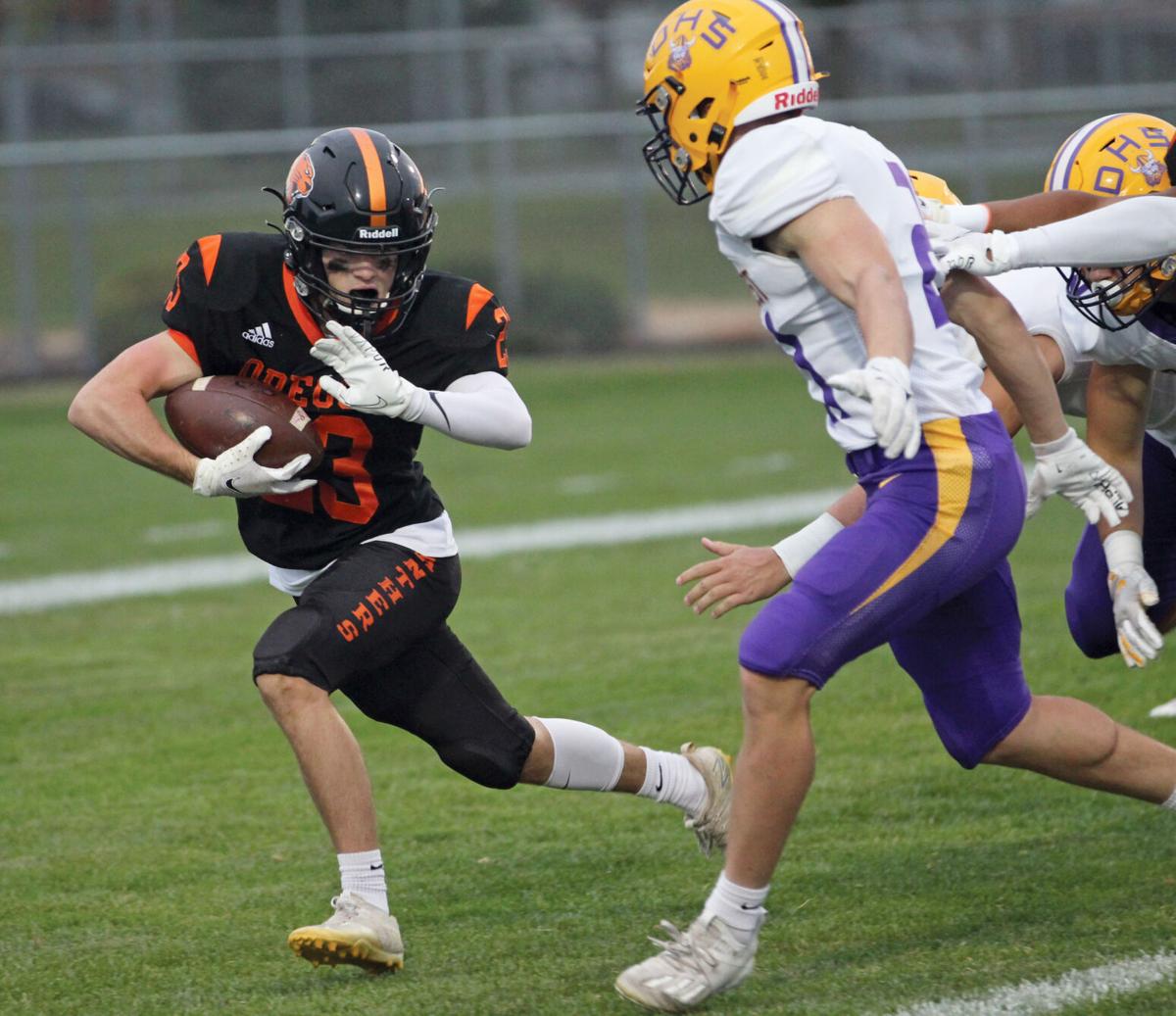 Oregon's Austin Saunders tries to get the edge on the DeForest defense during a Badger-Large Conference game Thursday, Aug. 2, at Oregon High School.

Oregon's Austin Saunders tries to get the edge on the DeForest defense during a Badger-Large Conference game Thursday, Aug. 2, at Oregon High School.

Freak accident isn’t a term used a lot in football, but it was a good way to describe Oregon’s first few plays Thursday night.

After DeForest forced a safety on the first play from scrimmage, Norskie wide receiver Brody Hartig hauled in a tipped pass for a 64-yard touchdown to help propel DeForest to an early lead and eventually a 36-7 win over Oregon in a Badger-Large Conference opener Thursday, Sept. 2, at Oregon High School.

The Panthers (1-2) were pinned down at their own 5 yard-line on the game’s opening kickoff, and on the first play from scrimmage, the DeForest defense pushed back Oregon into their end zone for a safety.

Just over a minute of game time later, junior quarterback Mason Keyes connected with Hartig on a pass that was originally deflected by an Oregon defensive back, but Hartig stuck with the play and caught the tipped ball on the right sideline to score from 64 yards out.

“Our kid right there makes a great play and just tips it up to the guy for a touchdown,” Oregon head coach Dan Kissling said. “I think our kids put their heads down for a little bit.”

Keyes found Hartig on another passing touchdown in the first quarter, making it 16-0, and the Norskies never looked back.

Keyes tossed his third touchdown of the game to senior wideout Nolan Hawk on a 2-yard strike with six minutes until halftime to give DeForest (3-0) a 22-0 advantage. Powered by senior running back Austin Saunders, Oregon put together its best drive of the first half late in the second quarter. Unfortunately for the Panthers, the drive went 69 yards when they needed 70.

Senior running back Teague Szudy was stuffed at the goal line on a fourth-and-1 with eight seconds left.

Still, the drive was a positive for the Panthers heading into halftime.

“Our line did a nice job up front,” Kissling said. “Like I said before, we got good backs and Teague just did a great job.”

DeForest junior running back Cale Drinka opened up the second half with a 50-yard rushing touchdown and a long scoop-and-score off a Panther fumble the next possession made it 36-0 and just about put the game to bed midway through the third quarter.

Oregon dropped the goose egg from its home scoreboard with a 2-yard rushing touchdown in the fourth quarter.

“DeForest is a good program,” King said. “The number one thing that DeForest has that we need to take from is discipline. Their offensive and defensive lines have incredible discipline.”

Oregon plays next 7 p.m. next Friday against Janesville Parker at Monterey Stadium.