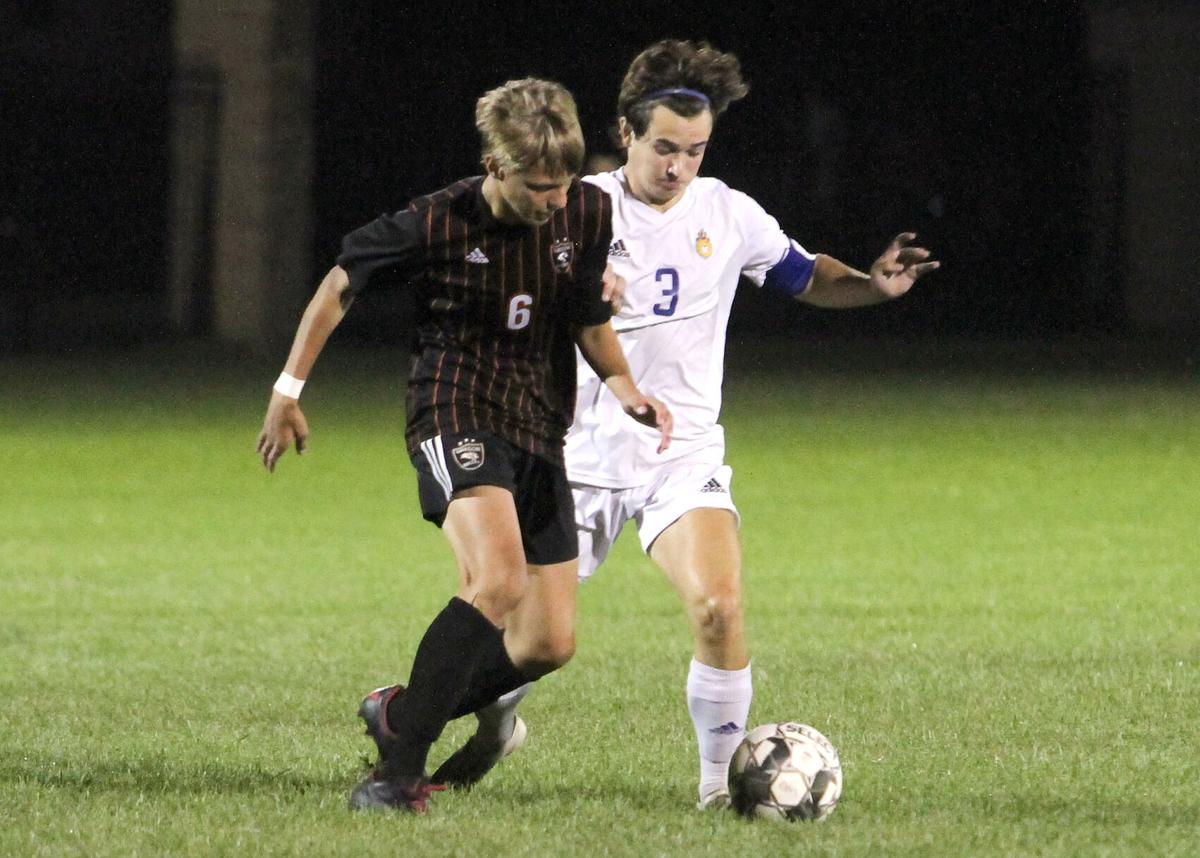 Oregon freshman Kellen Diercks looks to get by Madison West's Finn Kennedy in the Panthers' 2-0 win over the Regents on Thursday, Sept. 2, at Huntoon Field in Oregon. 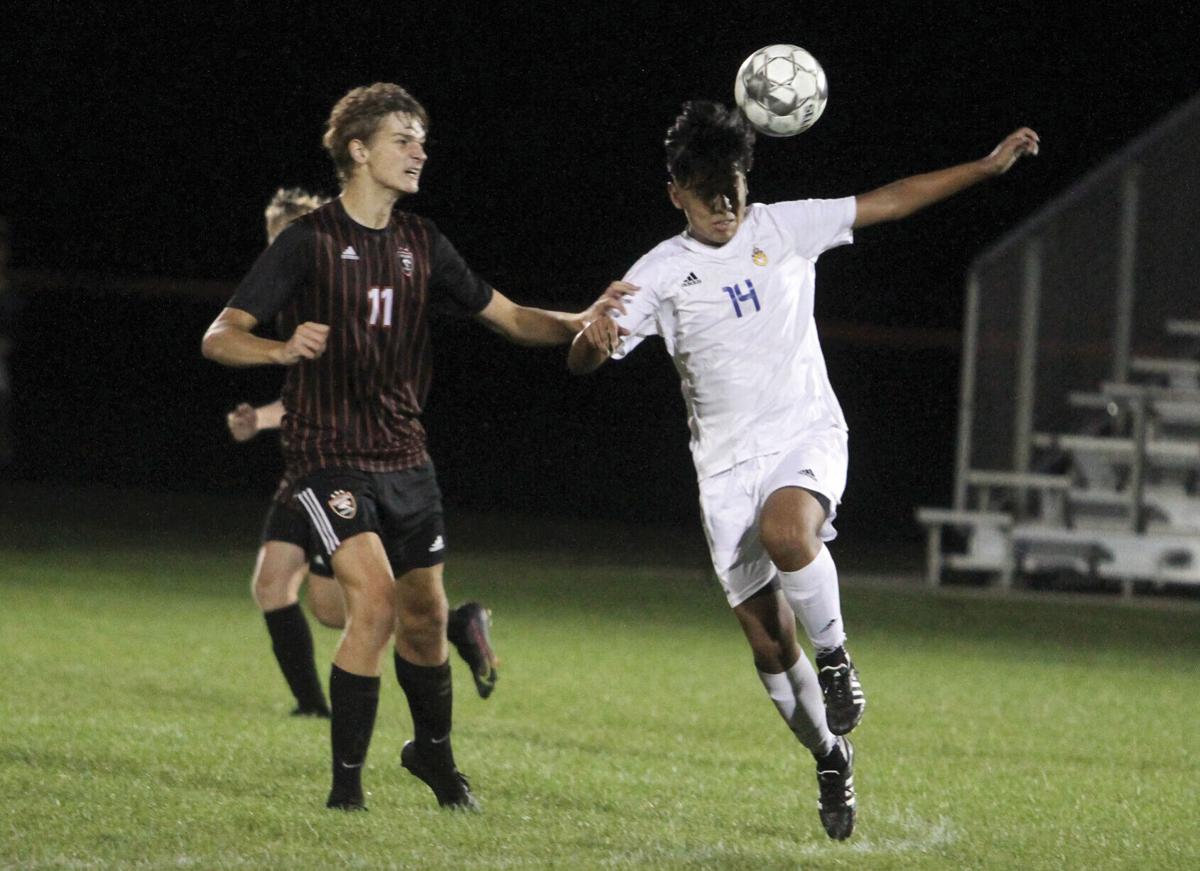 Madison West freshman Tenzin Lekmon heads a pass in front of Oregon junior Casey Schoenecker in the Panthers' 2-0 win over the Regents on Thursday, Sept. 3, at Huntoon Field in Oregon.

Oregon freshman Kellen Diercks looks to get by Madison West's Finn Kennedy in the Panthers' 2-0 win over the Regents on Thursday, Sept. 2, at Huntoon Field in Oregon.

Madison West freshman Tenzin Lekmon heads a pass in front of Oregon junior Casey Schoenecker in the Panthers' 2-0 win over the Regents on Thursday, Sept. 3, at Huntoon Field in Oregon.

The last time the Oregon boys soccer team played Madison West, the Panthers walked off the field for the last time after a loss in a WIAA Division 1 sectional semifinal last May.

Oregon, ranked third in the Division 2 Wisconsin Soccer Coaches Association state poll, avenged that loss with a 2-0 win over the Regents on Thursday, Sept. 2, at Huntoon Field in Oregon. The Panthers (4-0) have won four straight games and knocked off two ranked teams.

Oregon has knocked off three teams that made the sectional last season, including Sauk Prairie which made a run to the Division 2 state tournament last fall.

“Everyone came into these games underestimating us and we showed what we are about,” Oregon junior Casey Schoenecker said.

“I believe in this group of guys so much,” Oregon senior Alex Rodriguez said. “I knew we could do it. It shows our growth from last season and how far we can go the rest of the season.”

Rodriguez used a header on a through ball and then drilled a low lining shot past a diving Madison West goalkeeper Sebastian Irigoyen-Barrientos into the back of the net to break a scoreless game in the 44th minute that lifted the Panthers to a win over the Regents Sept. 2.

The Panthers took advantage of a free kick late in the second half. Schoenecker went up for a header on a free kick by junior Mason Diercks. The ball ricocheted off the top crossbar and Schoenecker beat the Regents to the ball and tapped it in to give the Panthers a two-goal lead in the 65th minute.

“I was just looking above me,” Schoenecker said. “I didn’t even know where it was. I didn’t think I would score. It came right down to my foot and I finished it off.”

Madison West had two shots on goal in the 61st minute, including one that went wide of the far post.

“That whole group of returners and some younger guys have stepped up and owned this idea that everyone has to be a leader on this team,” said Oregon assistant coach Kevin May, who served as head coach against the Regents for head coach Chris Mitchell who was at a family wedding and missed the game. “There is this determined mindset that we are not going to lose whether we let a goal in or not.”

May said the key to the second half was maintaining possession and stringing three or four passes together more than a couple times than they did in the first half.

May said the team will take criticism for mistakes and own it and improve.

“This is an incredible group to coach and leaders who have owned roles to really set us up for a great start to the season,” he said. “We are thrilled to see where we can go.”

Oregon junior Myles Tomlinson scored a goal on a low lining shot outside the 18-yard box in the 65th minute to propel the Panthers to a victory over the Eagles.