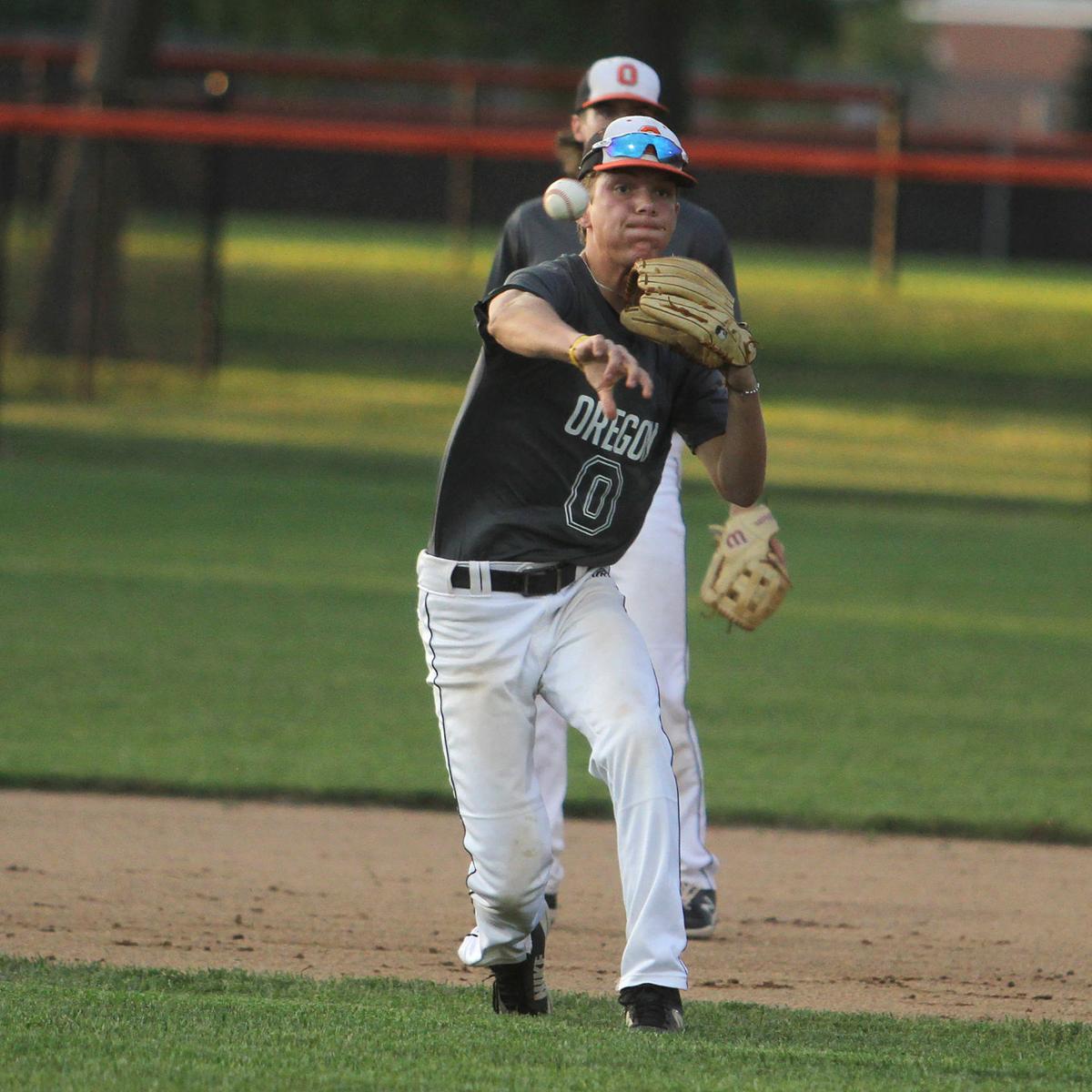 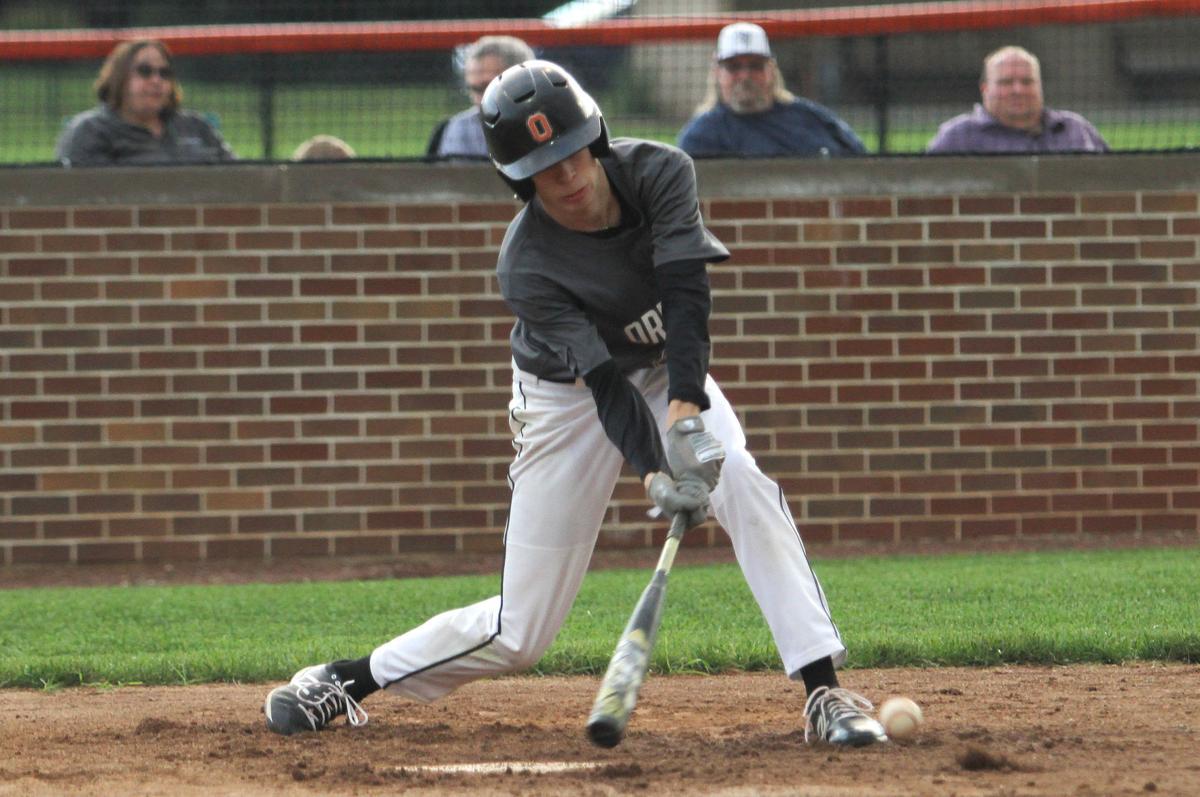 Oregon’s Carter Goltz hits an RBI single off the dirt to left field in the first inning against Stoughton on Thursday, July 8. 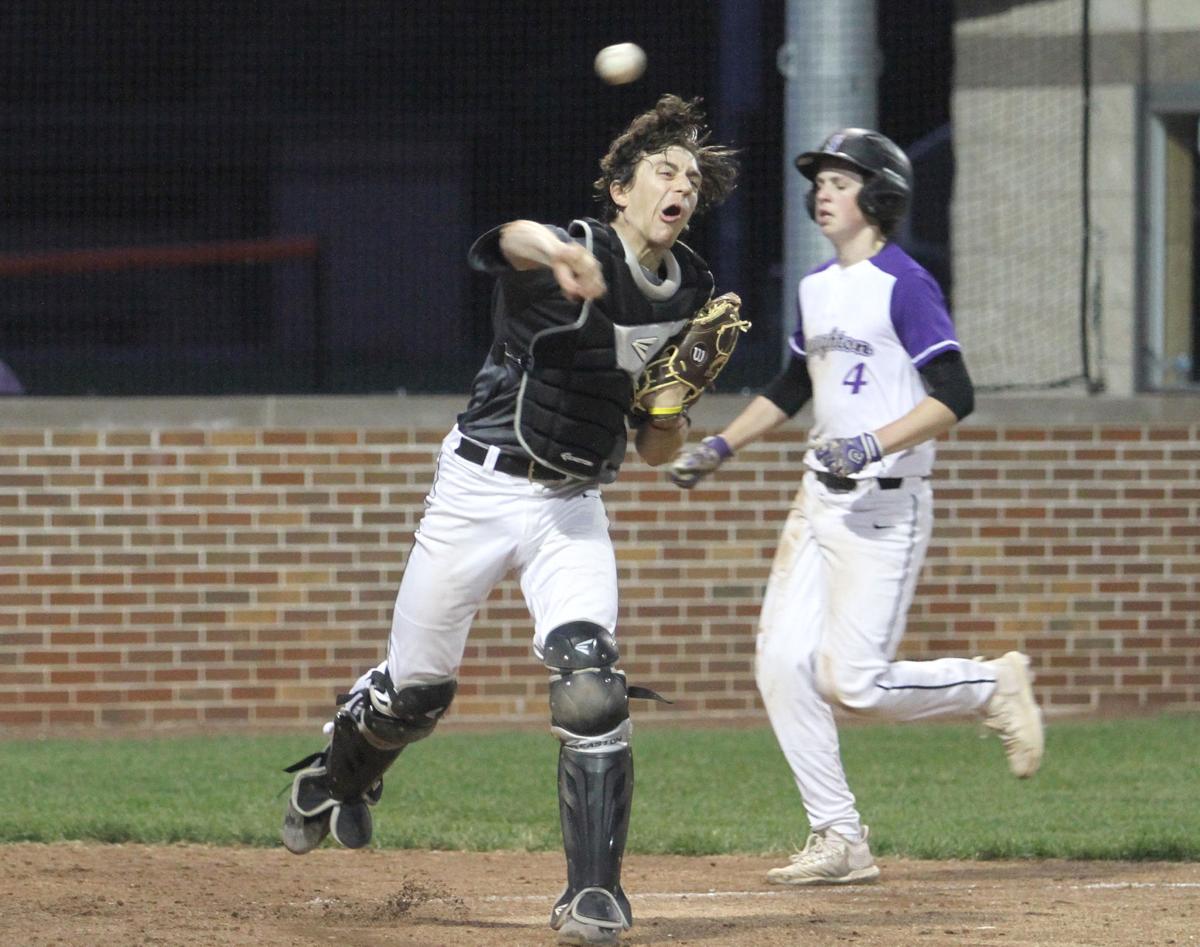 Oregon catcher Owen Butzlaf makes a throw to first base to complete a double play in the sixth inning against Stoughton on Thursday, July 8. 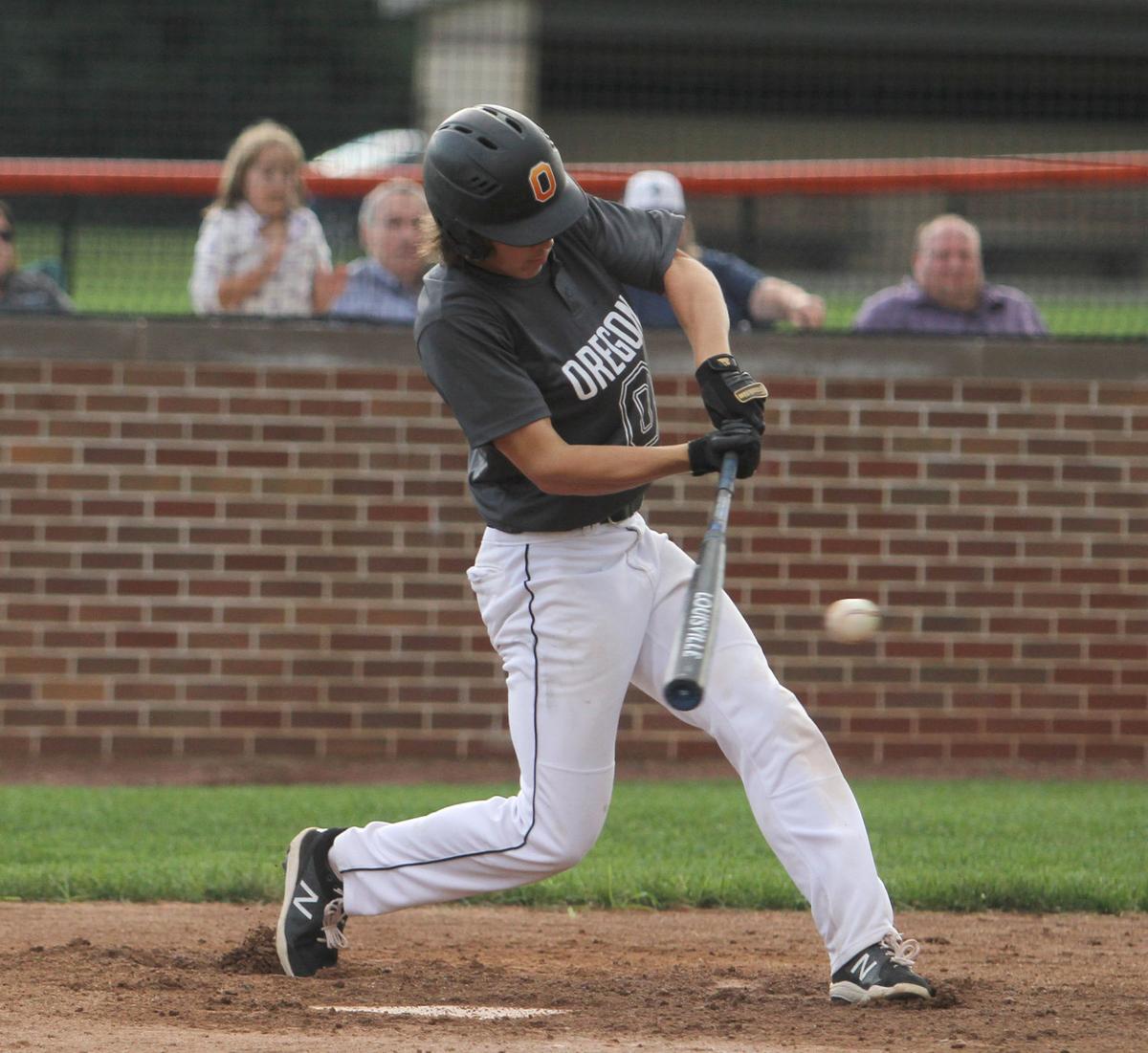 Oregon’s Tyler Soule hits a single to center field against Stoughton in the first inning on Thursday,. July 8, at Oregon High School.

Oregon’s Carter Goltz hits an RBI single off the dirt to left field in the first inning against Stoughton on Thursday, July 8.

Oregon catcher Owen Butzlaf makes a throw to first base to complete a double play in the sixth inning against Stoughton on Thursday, July 8.

Oregon’s Tyler Soule hits a single to center field against Stoughton in the first inning on Thursday,. July 8, at Oregon High School.

Oregon’s Carter Goltz, reminiscent of former Seattle Mariners star Ichiro Suzuki, hit a curveball that bounced in the dirt before heading into left field for an RBI single off Stoughton’s Connor Blaney.

That’s the kind of night Goltz had as he led the Oregon Senior Legion baseball team to a 6-3 win over Stoughton on Thursday, July 8, at Oregon High School. Goltz went 2-for-3 with three RBI.

“I pulled an Ichiro (Suzuki),” Goltz said of his RBI single to left in the first inning.

Suzuki is the first Japanese-born position player who collected more than 3,000 hits in his MLB career after being renowned as a low ball hitter. He once hit a pitch off the dirt for a base hit in Japan.

Goltz said he was trying to protect the plate with two strikes.

“It felt great,” he said of the two hits. “Without those we would have been tied. It really pushed us to the win.”

Stoughton pushed across two runs in the top of the third to tie the game at 3. Oregon committed an error and that opened up a scoring opportunity. Blaney came through with an RBI single and Tristan Anderson knocked in a game-tying run on a ground out to second base to tie the game at 3.

Walter pitched five innings and gave up three runs on one hit to earn the win. He struck out nine and walked three.

With two outs in the bottom of the third, Blaney walked a batter and Oregon’s Jaxon Brockman singled up the middle. Goltz delivered again with an RBI single to center to help Oregon regain the lead 4-3.

Oregon coach Jake Soule said the team has been hitting the ball well all summer.

“We have done enough to win most of the games this summer and are getting kids a lot of experience who haven’t had experience,” Soule said. “We want to play meaningful baseball all the time. We certainly use this to get players that will be playing next year more experience, especially with losing an entire year (because of COVID-19).”

Stoughton had two golden scoring opportunities late in the game when Goltz came on to pitch in relief. In the sixth, Goltz walked two batters and hit a batter as Stoughton loaded the bases with one out. Goltz then induced a grounder into a 1-2-3 inning-ending double play.

Goltz pitched two shutout innings to get the save. He struck out three and walked three.

Goltz said the command of his fastball remains his focus this summer.

“It’s hard to grip right now,” he said. “I’m not getting through with my legs.”

Oregon scored one unearned run in both the fifth and sixth.

Jake Soule said one aspect that coaches have stressed this summer is being aggressive on the base paths.

Soule said the one-run innings late in the game were off stolen bases.

“Stealing bases and situational hitting like a ground ball to second base and scoring a runner from third, those are the things so big in baseball. They almost make me happier to score runs that way than base hit after base hit.”

In the top of the seventh, Goltz walked the leadoff batter in the inning. After a strikeout by Goltz, Stoughton’s Caleb Herbst reached on an error. Oregon threw out Herbst, trying to steal for the second out. Goltz got out of the jam by striking out Blaney.

“I think we really lost it in the batter’s box,” Stoughton coach Sam Raff said. “We really didn’t have the approach at the plate. If we could have taken advantage of more of the runners they gave us and the errors they made we could have been winning.”

Raff said teaching newcomers who played junior varsity baseball in the spring how to be good baseball players and execute is the key this summer.

“I would love to play small ball, but if we get runners on second and third and strike out three times it’s not really worth it,” he said. “Getting up there and doing your job by moving guys to second and third base is key.”