You are the owner of this article.
Edit Article Add New Article
You have permission to edit this article.
Edit
Home
News
Sports
Obituaries
Opinion
Things To Do
Classifieds
Legals
FAQ
Newsletter
Submit Your News
e-Edition
Special Sections
1 of 2 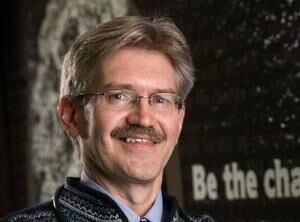 When University of Wisconsin-Madison researchers Jon Temte and Shari Barlow set out in 2013 to study over a dozen respiratory illnesses and how they kept Oregon School District students out of the classroom, they weren’t expecting a global pandemic to be a part of their data.

But with a three-year, $3 million grant extension of the Oregon Child Absenteeism Due to Respiratory Illness Study (ORCHARDS) that was announced Sept. 27, the two will be able to study how COVID-19 interacts with other illnesses as the majority of the district’s students have come back to in-person education this fall.

The grant was funded by the federal Centers for Disease Control and Prevention and will expand the study’s data out to 2024, a total of 11 years.

“To have this long-term project occurring where there’s a global pandemic suddenly imposed on top of it is kind of unbelievable in terms of where we sit, and what we’re going to be able to do from this,” Temte told the Observer.

Since ORCHARDS started eight years ago, Temte and Barlow – who both live in Oregon and have collectively had six children attend school in the district – have often found that outbreaks of respiratory illnesses can first be spotted in K-12 education environments as students get sick and are absent from school.

“We get a whole lot of different viruses that start coming into the community with the onset of the school year,” Temte said. “If you look over the calendar, the summertime is usually pretty boring in terms of respiratory viruses, but once you have the schools back in session, we’re starting to see many different viruses occur, sometimes in waves, sometimes together.”

One of the nasal swabs administered by ORCHARDS proved to be consequential – the first-known case of household transmission of the illness in the state.

On March 14, 2020, researchers performed a swab on an 11 year old child and her family. Their swabs were tested for influenza and 14 other respiratory illnesses and came back negative for all; but they were then frozen and re-tested later when tests for SARS-CoV-2, the virus that causes COVID-19, were widely available.

The child’s nasal swab came back positive for COVID-19, as did her parents.

It’s important to study SARS-CoV-2 transmission in schools now, Temte said, as children are back in school buildings full-time and public health measures such as limiting distancing have since been lifted, with the main mitigation strategy still in place in the Dane County school districts being universal masking.

Barlow added that ORCHARDS researchers have been busier than it's ever been testing for respiratory illnesses since the start of the school year. She speculates that the lack of illness in the prior year is causing an upswing of other illnesses, such as the rhinovirus that causes the common cold, or that because students haven’t been sick in a while, illnesses feel worse than they are.

“We’re seeing lots of viruses – it’s not just COVID-19,” she said. “I think all the viruses are happy to be back and are kind of wreaking havoc.”

To track data, ORCHARDS researchers receive absentee data from the school district and then conduct home visits where they do nasal swabs on children showing symptoms of a respiratory illness, as well as their family members.

Researchers later switched to a drop-off system in March 2020 as cases of COVID-19 started to rise, Barlow said.

Temte, Barlow and their researchers can watch almost in real-time as the spread of those illnesses is tracked through tests at various sites through the county.

Soon after taking tests from K-12 students, there’s an increase of tests taken by UW Health training clinics in nearby communities such as Verona, Belleville and south Madison. When the UW Health was running surveillance studies in long-term care facilities, the spread of illness made its way there next.

“We are able to predict, looking at absenteeism in schools, when influenza season is coming,” said Barlow, who has studied respiratory illnesses for the last 15 years and is the study manager. “You see it a little bit sooner in school children than we can in the general population – which was what we kind of thought, but we were excited to be able to actually show that data.”

Most of the time with the flu or other respiratory illnesses, there’s at least a degree of household transmission where at least one other person in a family gets sick, Temte said. But with SARS-CoV-2, ORCHARDS researchers have found that almost everyone in the family ends up contracting the virus because it’s more contagious.

Temte said children often went untested for COVID-19 in the U.S. during the early months of the pandemic because the belief was that because children didn’t have as bad of outcomes as older people, they didn’t transmit it.

“We’re still dealing with some of the information from early in the pandemic that children did not come down with COVID-19, and they weren’t really responsible for transmission in a household,” Temte said. “I think we’ve now shown that probably isn’t the case – like every other respiratory virus, kids can obtain this, kids can transmit this.”

In addition to the loosening of public health restrictions, this fall and winter will allow ORCHARDS to study how COVID-19 interacts with the concurrent spread of other respiratory illnesses.

Past research done by ORCHARDS showed there wasn’t much evidence that people who were infected with both influenza and a distant cousin of the COVID-19 virus were sicker on average, but the lack of data on COVID-19 specifically makes the effects of contracting more than one harder to predict, Temte said.

Barlow said one of the benefits of having ORCHARDS run tests for multiple respiratory viruses on a nasal swab is that often people will receive a negative test for COVID-19 and dismiss any other respiratory virus they might have contracted.

Influenza was virtually non-existent in the winter months of late 2020 and early 2021 across the world, Temte said, so there’s little to no data worldwide as to how the viruses interact with one another.

“None of us know what’s going to happen when COVID-19 and influenza get together,” Temte said. “One aspect is whether or not people will get infected with two viruses at the same time, and what effect that might have. We do know from our previous work that influenza and distant cousins of COVID-19 will tend to occur together.”