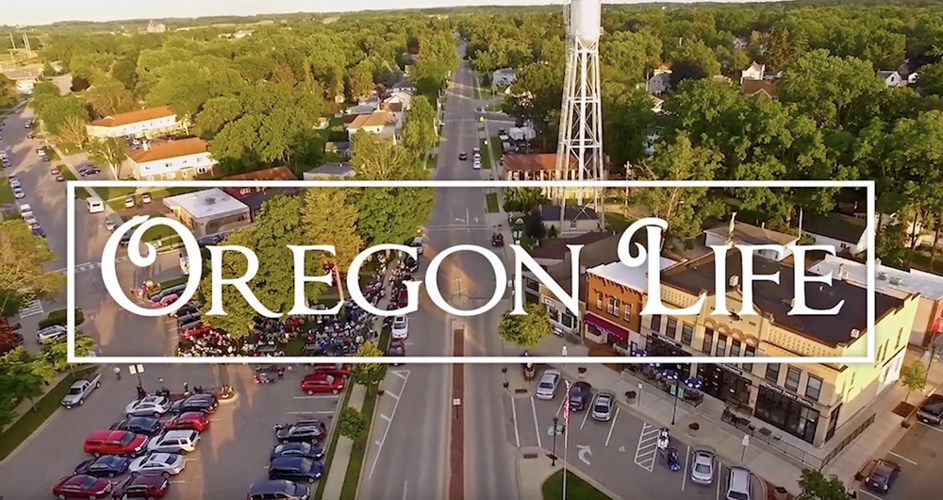 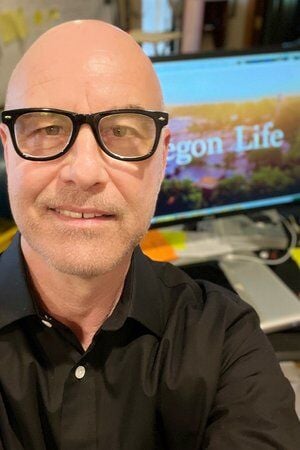 A familiar face both on the streets around Oregon, as well as on computer and television screens, was honored on Thursday, May 12 for the production of his weekly documentary series, ‘Oregon Life.’

Frank Caruso, who is the social media producer for Oregon Community Access Media, was recognized at the Best of the Midwest Media Fest in Madison. The fest is a program of the Wisconsin Community Media organization, a nonprofit established in 1998 to bring together Wisconsin’s local access television networks, sometimes called “PEG” or Public, Education, and Government access television.

“Frank acts as an ambassador for OCA, promoting us while at the same time sharing stories about local residents with our community,” Zwicker told the Observer.

These PEG or local access channels began in the 1960s as a way to provide local news and communications, WCM states on its website.

The community media outlets are often funded by local governments, school districts, or nonprofit organizations for the benefit of our local communities.

These outlets are typically given channels on cable television providers and are also posted to online platforms such as YouTube.

The two-day annual Best of the Midwest Fest conference is sponsored by WCM and the Midwest Region of the Alliance for Community Media.

‘Oregon Life’ is produced as a weekly social media feature.

“As COVID-19 limited some of our programming content, short form storytelling like Oregon Life was increased and shared on a nearly weekly basis in 2021,” OCA Media director Paul Zwicker said. “The image-rich features range in length, but central to them is the interview in which community members inevitably talk about what motivates them. Our producer Frank Caruso consistently finds residents whose stories are both uplifting and entertaining.”

Some of those interviews have included with Arlan Kay about prairie burns, intentened to inspire viewers to think about the value of Lerner Conservation Park; alterations specialist Donna Gehin about tailoring and fitting people’s clothing; and with the State Director of Bugles Across America Gene Vanden Bosch, who looked back on playing ‘Taps’ at funerals.

“Each feature is captivating for different reasons,” Zwicker said. “We learn about the people, and we learn about what they love to do.”

He credits the series with having increased OCA Media’s Facebook subscribers to nearly 2,000 people

“I am nominating this program for a number of reasons,” Zwicker said to Wisconsin Community Media. “Perhaps most importantly is the impact this program has had on community recognition of Oregon Community Access Media. By increasing the audience for OCA Media generally, ‘Oregon Life’ is paving the way for OCA Media to serve the information needs of the community in many, many other important ways.”

WCM's Best of the Midwest Media Fest has been around for 25 years. It attracted entries from six states and more than 36 media centers this year.

“Our members have united to collaborate, educate, advocate, and share resources to build strong media centers and create responsive local programming for Wisconsin communities,” WCM wrote on its website. “We encourage the creation of local non-profit media production and distribution facilities where "everyday" people can produce programs about subjects that matter to them and to their communities”

Reporter Neal Patten can be reached at npatten@wisconsinmediagroup.com