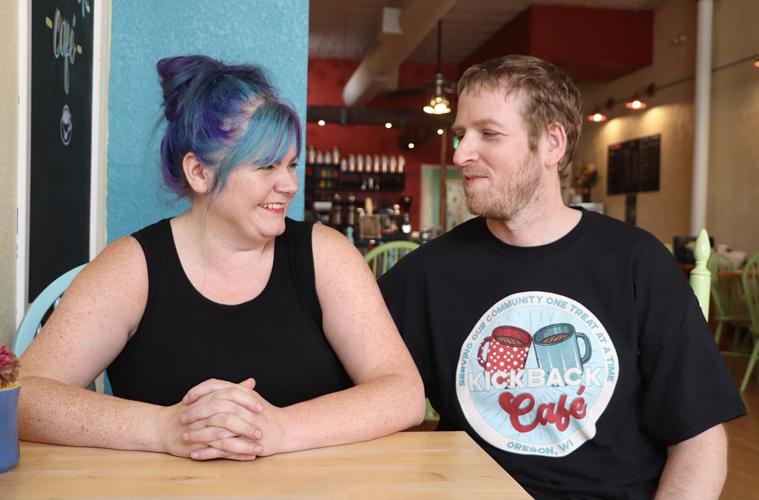 Elizabeth and Dan Donoghue, owners of the newly opened Kickback Cafe, laugh as they reminisce about getting the business up and running. 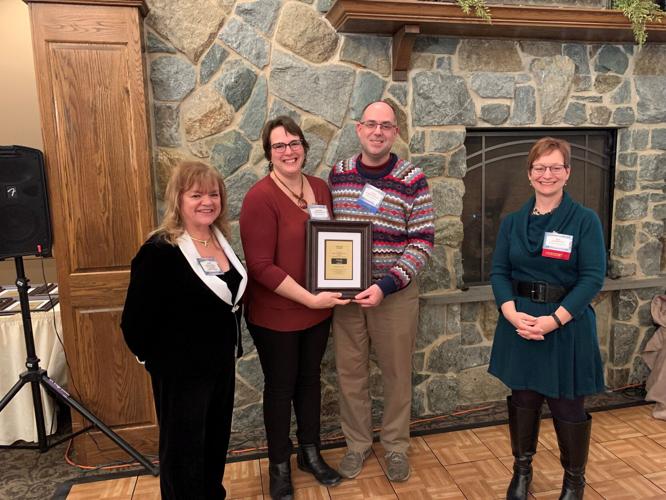 Elizabeth and Dan Donoghue, owners of the newly opened Kickback Cafe, laugh as they reminisce about getting the business up and running.

In the early hours of Friday, April 29, two Village of Oregon businesses were robbed – Firefly Coffeehouse and Kickback Cafe.

On April 29, Kickback released two statements on Facebook, one in the morning and one that night.

“Hi Community. We were broken into and robbed in the wee hours of the morning. We are shaken and saddened, but we are open today. The best way to support us is to inform OPD if you hear anything related to information about the perpetrators, to come in and let us serve you our hot fresh coffees and bakery and if you know someone who can help replace our back door today, have them give us a call! We’re really glad no one was hurt.”

“Hi Community. We love you. We are so incredibly grateful for you. On a day that began with shock and deep dismay, you all showed up for us in a big way. Sometimes, as a small business owner, you can begin to wonder if all the personal sacrifice is worth it. Particularly when you have bigger goals than making money. The support, love, and avalanche of kind words and bolstering sentiments we received today were far more overwhelming and far outweighed the victimization. Thank you. From all of us here at Kickback. We truly, humbly love our community.”

On April 30, Firefly released its own statement on Facebook.

“Thank you to our amazing community for your kindness and grace while we are stumbling a bit from being broken into Friday night. April was a tough month, as we were closed for eight days while we recovered from COVID-19, and then to lose our computers and cash this weekend in a robbery has all been emotionally and financially devastating. Let us be very clear: it is because of our dedicated employees that we are still open. Our team of 10 full-time and 12 part-time baristas, bakers and cooks give 110 percent day in and day out. They have built Firefly Coffeehouse with us, are committed to staying open, and give us the encouragement and drive to keep on keepin' on. Thank you for your support, Oregon. We love you.”

When one commenter asked Firefly to launch a GoFundMe, the business responded that supporting the business directly is preferred.

“We're really not comfortable asking people for money without offering anything in return. We are continuing our special gift card promotion, though: buy $100 worth of gift cards and you get your choice of a free Firefly t-shirt!”

His baker, who comes in for the day at 4 a.m., discovered the door open to Kickback. There was no vandalism or damage, he said.

Around $1,000 in cash was stolen when the thieves made off with the business’ safe.

“I was impressed with their ability to walk out with a safe,” Donoghue said.

He feels fortunate that he’d emptied some of the safe the day before, when it had around three times as much cash.

While Donoghue believes the culprits scoped out the business ahead of time, he doesn’t believe it was a targeted incident.

He said there have been a few other area coffee shops robbed in recent weeks including in Edgerton and Monona and he worries that other community coffee shops may get hit next, which is why he has gone to Madison area media with the story.

While he thinks it was important to spread the word to put other communities on alert, he admits that Village of Oregon police chief Jennifer Pagenkopf contacted him that by going so public with the incident, it could hurt the investigation.

The police department is currently gathering camera footage from nearby businesses. A camera outside Bergey Jewelry caught two figures wandering around downtown at 2:15 a.m., but it’s unclear if that is related, Donoghue said.

Firefly owner Jeanne Carpenter declined to comment for this article.

A request to the police department on May 9 for more information was not responded to before this article was published online on May 12.

Reporter Neal Patten can be reached at npatten@wisconsinmediagroup.com