Skip to main content
You are the owner of this article.
Edit Article Add New Article
You have permission to edit this article.
Edit
Home
News
Sports
Obituaries
Opinion
Things To Do
Classifieds
OMGHired Local Jobs
Legals
FAQ
Newsletter
Submit Your News
e-Edition
Special Sections
1 of 4 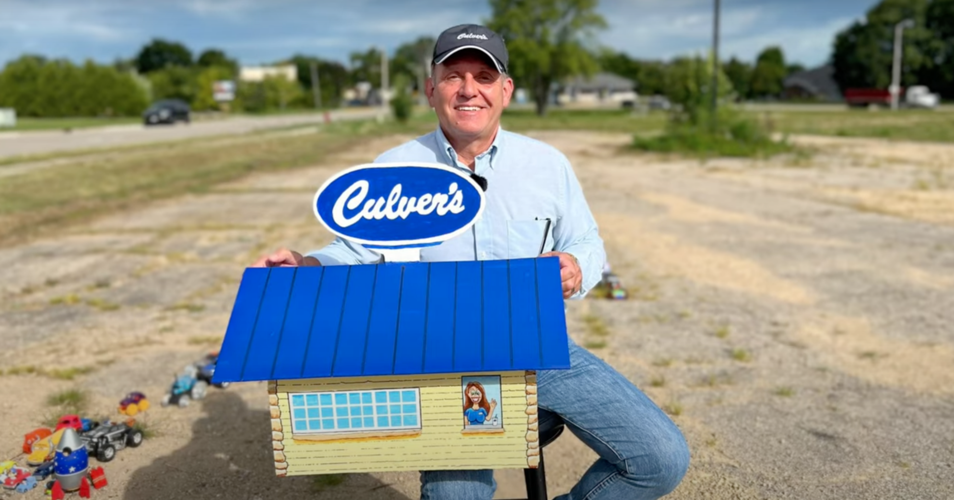 Dana Terrian poses with the replica of Culver's he built. 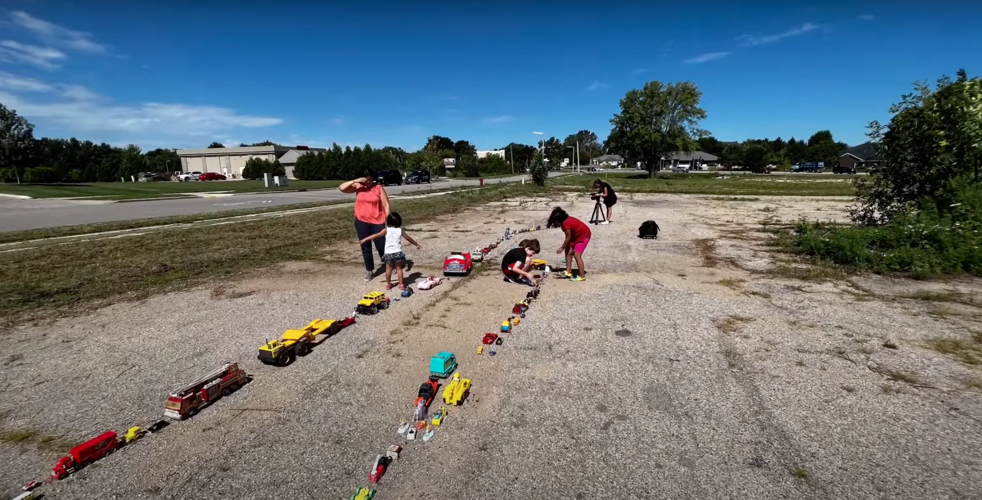 Community members hang out around the site and place their toy cars to the "drive-thru" line while a news camera records. 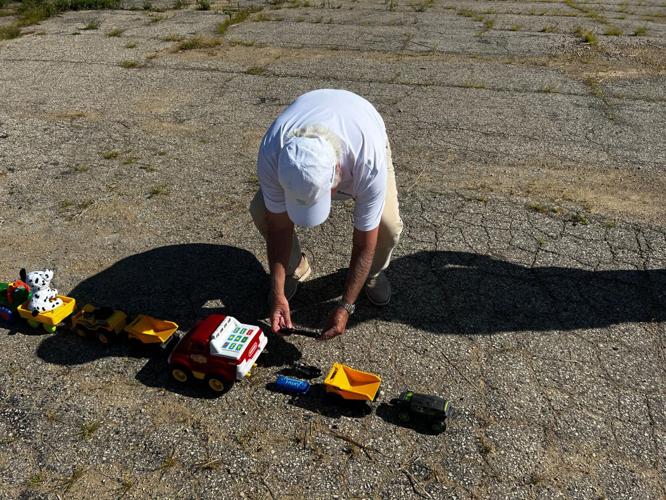 Craig Culver, who founded Culver's in 1984 with his wife, Ruth, takes a photo and places his own vehicle in line. 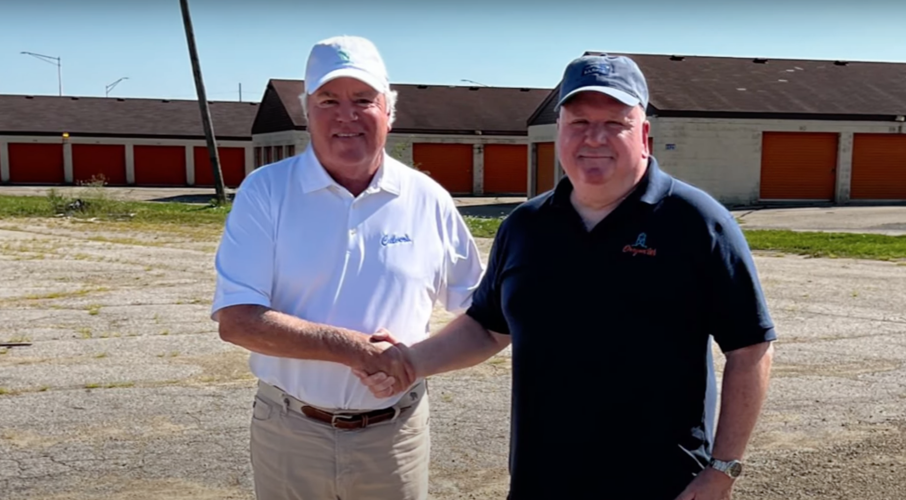 Craig Culver and Village of Oregon President Randy Glysch shake hands at the site of the Culver’s replica.

Dana Terrian poses with the replica of Culver's he built.

Community members hang out around the site and place their toy cars to the "drive-thru" line while a news camera records.

Craig Culver, who founded Culver's in 1984 with his wife, Ruth, takes a photo and places his own vehicle in line.

Craig Culver and Village of Oregon President Randy Glysch shake hands at the site of the Culver’s replica.

The Village of Oregon’s “Little Culver’s,” a tribute to the franchise, received a visit from Craig Culver himself on Wednesday, Aug. 10.

The display–a detailed replica of the restaurant that sits near the future site of a life-sized Oregon Culver’s–caught the founder and former CEO’s attention as community members began adding various toy cars to the “drive-thru line.” The movement gained traction online, with more than four hundred toys appearing since it was built and placed by Oregon resident Dana Terrian.

Culver expressed his amazement at Oregon’s enthusiasm when he met with Village President Randy Glysch at the tribute, which had been created in response to the restaurant’s construction being pushed back to September of 2022. Glysch reported that Culver said he had never seen “this kind of creativity, and this much support from a community, and [they] have… Culver’s restaurants in 26 states.”

Culver also brought his own vehicle to add to the line-up: a toy car with pictures of the Culver's communication team pasted in the windows.

“Communities like ours are yearning for good, positive, things to happen and be involved in. We

all need to be involved in positive interactions that give us a lift and bring a smile to our faces,” Glysch said in a statement to the Observer.

The replica has since received statewide recognition and was featured in the Wisconsin State Journal. CBS-affiliated Channel 3 News also scheduled an interview with Glysch and other community members for Sunday, Aug. 14.

Locally, however, OCA Media’s Frank Caruso decided to put together a special episode of “Oregon Life” that features comments from citizens of Oregon, Culver and other public figures. His promotional video aired on Youtube on Aug. 12 and the official video will air on Aug. 21. He’s been out at the site nearly every day, filming, photographing and interviewing visitors.

“Frank is a tireless advocate for our community and gives so much of his time in making sure to tell the great stories of our residents in the Village, and bring people together,” Glysch wrote in his daily post to the community.

A Facebook group was also created to keep people updated on “Little Culver’s” and as a space to share their own stories and photos. One poster shared that she was visiting from Minneapolis, while another came from Georgia.

Regardless of how long the tribute remains the center of attention, Terrain, the builder who started it all, told Channel 27 News that the response and community-building “reminds you that you're never too old to be a kid.” He said he will be donating all of the mini cars, trucks and tractors after Culver’s is built and Oregon residents are able to finally enjoy their butter burgers, cheese curds and custard.